Previous Next
Can your preschooler say “a, a, a”?

The mailbox brought me a little package several months ago and inside was the Amazing Alphabet Action CD and Book written by Esther Kehl.  Along with the book was a little note from Vanessa Kerr who asked me take a listen and see what I thought. Vanessa indicated in her little note that her child had really loved the material and that it made a big difference is his ability to say and sound out all the letters. 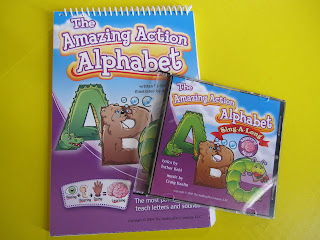 I had intended to take a look at it much sooner, but instead, I set it aside on my desk and forgot all about it for awhile. I am not really that into giving reviews. I think it is because I think every product has value or something good to offer. But every once in awhile, something does catch my attention that I like to share. 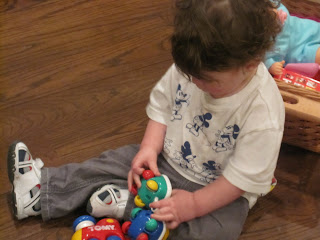 On one particular afternoon, my 15 month old nephew was over and after we had played with just about every toy and toddler-safe object in the house, Wy climbed up in my lap to take a little break. As we sat in the chair together, I remembered the little flip chart and CD so I popped in the CD to take a listen.


A lively little song that repeated the short sound of the letter A started off first. To my surprise, Wy began saying the sound too – “a, a, a.”  After a few short minutes, the letter B sound began to play and Wy began making the sound “b, b, b.”  I was really getting a kick out of it.


I let the CD continue to play and Wy stayed interested and repeated the sounds until we hit about the letter E and then he decided it was time to get up and do something else.


The next time Wy came over, I played the CD again while he played and once again he walked around mimicking the sounds on the CD.  I then took out the bright and colorful little flip chart but Wy decided he rather run around and dance to the tunes on the CD. 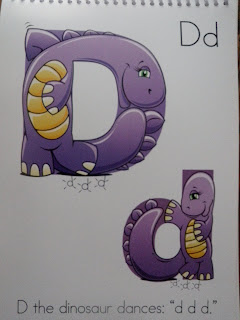 The flip chart and the CD are quite wonderful. Simple in design, bright and colorful, and easy to whip out and enjoy. Wy really is a bit too young but since he is learning to talk, the cute songs with their fun sounds were appealing to him. I will tuck the flip chart away for when Wy seems more ready. In the meantime, we will enjoy playing the CD and listen to Wy make all those wonderful sounds while he plays.


Oh, and my new friend Vanessa started her own blog. She loves Amazing Action Alphabet so much, she is planning to post activities she has made up to go along with the program. If you want to learn more about this program or check out Vanessa’s ideas – just visit Our School Time Adventures!

Looks like such a cool book and CD. And the illustrations are adorable!

I think the writer has done a terrific job!

0
Reply
This site uses 'cookies' to give you the best, most relevant experience. Using the website means you're OK with this. Ok