Sing it again in preschool

Previous Next
Sing it again in preschool 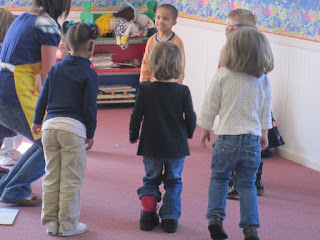 A couple of days after presenting the ‘Simple Songs for Preschoolers’ workshop, I took the opportunity to visit one of the schools. The teachers didn’t know I was coming, I just dropped in. 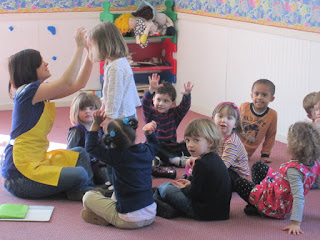 What a thrill it was to come into this class and find them trying out some of the new songs they had learned. But first we had to stop and fix our hair! 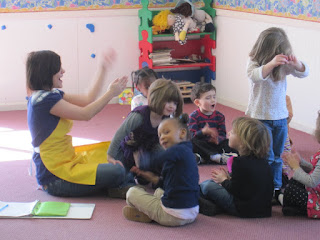 After singing “Round and Round I Go” the children announced they wanted to sing the “Itty Bitty Worm!” They all totally made my day. 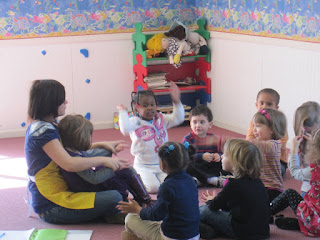 This teacher had the sweetest voice and she was a great example putting what you learn into practice.  She wasn’t able to remember all the tunes so she adapted the words to her own tunes!  She also chanted the Itty Bitty Worm. Excellent!
After they finished sing the Round and Round song several of the children shouted..
“LET”S SING IT AGAIN!”
Music to my own ears!
By Deborah Stewart|2010-03-17T08:00:42-04:00March 17th, 2010|
FacebookTwitterLinkedInPinterest